By Aaron Valadez and Lauren Chlouber

There are two things most people do every day – text and drive. Unfortunately for Texas residents, an alarming number of Texas drivers admit to doing both at the same time. A 2015 survey conducted by Texas A&M Transportation Institute revealed that 21.2% of Texas drivers admit to reading or sending a text message or email when behind the wheel. Since texting takes a driver’s eyes off the road for about 5 seconds, if traveling at 55 mph, an instance of texting while driving is equivalent to traveling the length of a football field with obstacles while blindfolded.

Distracted driving endangers not only the driver and his or her passengers, but everyone else on the roadway, as it causes drivers to miss critical events, objects, cues, or lose control of a vehicle. In fact, in 2015, there were 3,477 people killed and 391,000 injured in crashes involving a distracted driver in the United States, according to the National Highway Traffic Safety Administration. In an effort to combat the epidemic of crashes caused by distracted driving, some municipalities, including the City of San Antonio, have enacted and passed ordinances that ban or prohibit the use of hand-held devices while operating a vehicle. Under the San Antonio Ordinance, motorists are barred from using a hand-held device (even while temporarily stopped in traffic and at red lights) to:

Although the State of Texas has not yet enacted similar legislation, the Texas Department of Transportation has launched a “Distracted Driver Campaign” to raise awareness of the dangers associated with distracted driving and to encourage Texas to put down their cellular devices while operating a vehicle. Despite municipal ordinances and efforts to raise awareness regarding distracted driving, there were over 100,000 crashes involving driver distraction in 2016.

Young people are especially at risk for using a handheld phone while driving. Technological advances of the twenty-first century have led to a dramatic obsession with staying ‘connected,’ even when it is unsafe and often illegal to do so. A survey conducted by Consumer Reports of 1,049 drivers aged 16-21, revealed that 29% admitted to sending or reading texts while driving, despite knowing that it was dangerous to do so. In 2015, 10% of all drivers ages 15-19 years old involved in fatal car crashes were reported distracted at the time of the crash, according to the National Highway Traffic Safety Administration. These statistics are unacceptable.

Unfortunately, innocent drivers’ lives are put at risk each and every day as a result of distracted drivers. Those drivers that make poor and reckless decisions to disregard common sense, good safety practices, and the rules of the road by operating a vehicle while distracted should be held accountable for their neglect and the injuries and damages they caused. 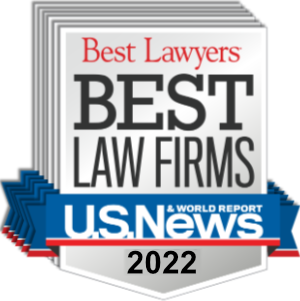 Named on the Top 50 Verdicts Texas list by Topverdicts.com

More about us here

This site uses cookies. By continuing to browse the site you are agreeing to our use of cookies.